Looking back Nokia: A former king in the phone village - Knowledge-sharing blog

Well, if you belong to the 8x, 9x generation then probably no one is ignorant of Nokia, right? This was a brand that had once completely occupied the mobile phone market and was a symbol of the mobile phone industry at that time.

But things have changed so drastically over the past 20 years, and Nokia's foothold is no longer the same. In this article, let's see what they went through today.

Nokia Corporation, a multinational corporation headquartered in Finland. From the outset, the group has focused on telecommunications equipment and desktop phones, as well as mobile phones.

First, they had desktops, then huge super mobile devices, they got smaller over the years, and started to have a Java operating system, 2G, 3G network access, capture. photos, including front camera, design and more groundbreaking features over time, … 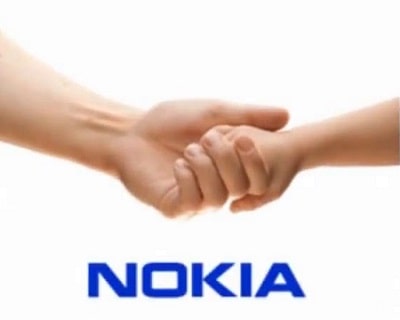 Life is not like a dream! In 2007, the iPhone 3G debuted with a capacitive touchscreen, and the smartphone era began here. At that time, the most influential person was definitely Nokia.

They rushed to get Nokia touch phones running Symbian, but due to a shortage of App (apps), it quickly faded away. And Nokia began to sink into oblivion.

But due to appearing too late in the smartphone market, when Android and iOS are relatively complete, they lack the App store and the basic functions to compete with these two operating systems.

In December 2019, Windows Phone 10 was announced to stop supporting … In 2016, HMD Global acquired Nokia, starting to revive the brand with smartphones running Android and Feature Phones with new technologies.

Their smartphones target the price segment below 10 million, running Android One and Android Go, relatively cheap compared to the general market.

However, after achieving a certain amount of revenue and market share, they are losing that market share. Looking at their products, we can explain this as follows:

Android One and Android Go are good, but very boring. Nokia used these 2 projects on their entire smartphone, that is, apart from the Nokia word in the case, no one recognized it as Nokia from the inside. Lack of so-called personalization and brand identity.

Lacking groundbreaking: Their machines are mostly geared towards the mid-range and low-end segments. Although Nokia 8 is a flagship, it also lacks breakthrough technologies.

Nokia 9 Pure View has many cameras, but it lacks in photography features and algorithms, as well as follows in terms of configuration. This is the main reason why their device is not paying much attention. The Nokia brand has been in the dark for too long: At the moment, when talking about Nokia, few people think of their smartphones.

What people think of will only be Feature Phones. That is, Nokia has no place in the minds of a majority of users, so they will choose the smartphone of the more famous OEMs, instead of Nokia. Do you have any thoughts on the departure of a monument to this mobile phone industry? Will they have a chance to come back and become the leader again? Feel free to leave your comments below the comment section!