Diệp Quân July 17, 2020 0 Comments
Hello to all gamers reading this, today is another great day to share with you some Major Changes to Expect From The Revamped Sanhok Map on PUBG MOBILE.
We all know that the the Sanhok map on PUBG will soon be getting some new features and improvements.
But, most people might still be anxious to know about these new features that will be included in the new upgrade, that's what we are going to discuss today.
In recent times, the developers of PUBG have been teasing the upcoming changes through short clips which were made available on Twitter and a recent 30 second clip, along with version 8.1 update patch notes, show off the reworked areas, an armoured truck, and a decoy grenade.
By July 22, these new features will be implemented as part of the 8.1 update in the PC version of the game, while the console version will get the updates by July 30. You can also checkout the article on How to Play PUBG on PC for Free Without Emulator.
From the video which was tweeted by PUBG's official Twitter handle, areas of the Sanhok map which includes, the Cave, Ruins, and the Quarry, and so on, have been reworked.
As for the Quarry, a new bridge has been added to allow people to go across it rather than go around or through it. A glimpse of the armoured truck can also be seen in the video. 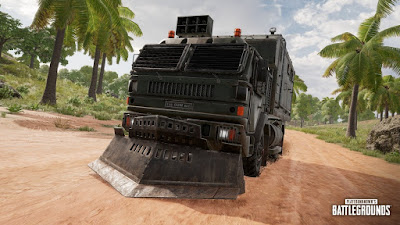 The decoy grenade, creates a similar sound to a gun when thrown, this helps to distract enemies by making them think that combat is happening somewhere else, cool right?.
Among the changes were also remastered weather, challenge missions, map balancing, gas can improvements, and a so much more.
Watch The Complete Video Below:
Tags
Gaming Tech Update
Related Article